When are you making MapifyPro for Shopify?

One of our more frequent questions from customers is “When are you making MapifyPro for Shopify?”. Well, we’ve been in the thick of getting very comfortable with Shopify, and have realized the amazing potential there for its customer base.

1. There aren’t very many mapping solutions available to the platform, and

2. They are very confusing with their pricing and plans with hidden fees and a slew of limitations.

We Successfully Adapted It to Shopify

That’s about to change as MapifyPro for Shopify is on its way! We’ve fully translated every single feature of the MapifyPro you know and successfully adapted it to Shopify.

Shopify hosts hundreds of thousands of online shops that are clamoring for a better way to display store locations and other mapping features. We’re beyond excited to bring the power of MapifyPro to the Shopify platform, especially because many of our customers also have sites built on Shopify in addition to WordPress. In short, the MapifyPro family is about to grow in a very big way.

We’re in the final steps and plan to launch within the month (Shopify is currently reviewing our app right now!). In the meantime, you can check out the fully-functioning demos, and sign up to get notified when we launch on our MapifyPro for Shopify demo site.

Can I Try the Full MapifyPro for Shopify Demo?

Yes, you can check out the fully-functioning demos, and sign up to get notified when we launch on our MapifyPro for Shopify demo site. 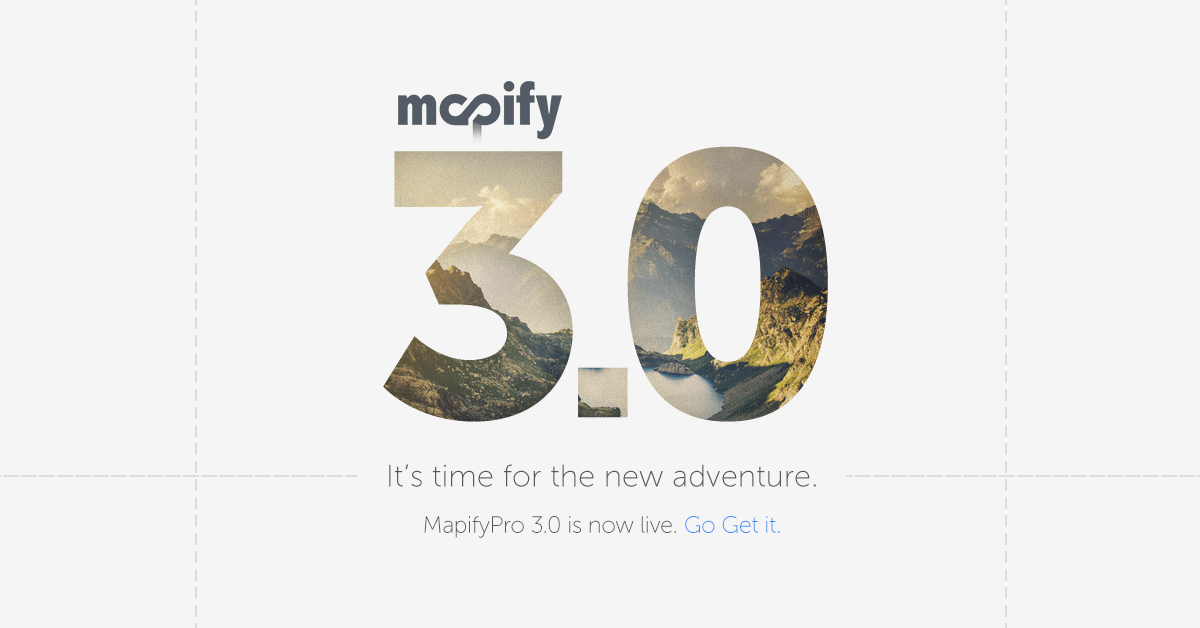 As we covered in this article, MapifyPro 3.0 brings with it an enormous amount of updates.

-Did we mention that the maps are faster than ever? MapifyPro 3.0 yields a nearly 30% increase in map rendering speeds.

-New features include the ability to highlight your location on the map, new tooltips, and a fully revamped admin that is more intuitive, and built for convenience.

-Google Browser keys are no longer needed! We’ll provide you with the API key for quick and easy activation.

-You’ll now receive notifications whenever we release a new version.

-We’ve completely redesigned every aspect of the plugin, making ours the most cutting edge product in the looks department too.

Be sure to grab your copy of MapifyPro 3.0 here.

What are the new features of MapifyPro 3.0.0?

New features include the ability to highlight your location on the map, new tooltips, and a fully revamped admin that is more intuitive, and built for convenience.

MapifyPro 3.0 for WordPress Launches in October!

Edit: We’re running a bit late as we add some final polish to the MapifyPro suite. BUT, we are almost ready and will launch this month (October)!

A-List of The Most Exciting Stuff You’re Gonna Find

Way back we released a huge update in the form of Mapifypro 2.0. It introduced a slew of new features, all hand-picked and tested by community members like you. We were pretty proud of it, and in the year since we’ve continued to add a lot of additional features and tweaks.

But seriously, it’s nothing like what we’ve been doing for the imminent Mapifypro 3.0. Not to pat ourselves on the back too much, but this is a pretty Big Deal™. So, let’s unpack this a bit and look into what you can expect with this huge update to our flagship software:

Over the past 6 months, we have been rebuilding MapifyPro from scratch. This is literally a from-the-ground overhaul with all new code, and. most importantly, a proprietary mapping engine (more on that later). Covering this beautifully rewritten code is the icing on the cake: A fully updated design that brings us fully into the realm of cutting-edge design. Being the creator of MapifyPro, I am very set on delivering a product that I’m proud of, and being a designer by trade, that meant a fresh coat of paint alongside the equally fresh interactivity. 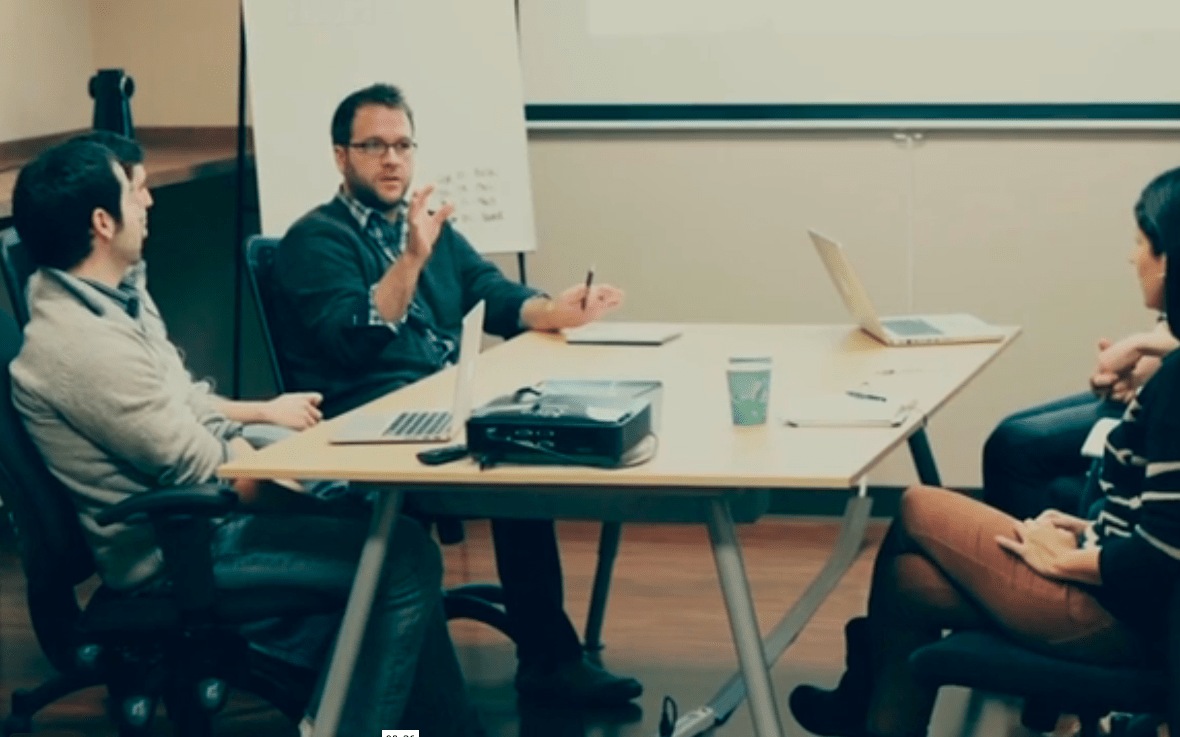 Above: Josh (me) and the team working on MapifyPro 3.0

Now that MapifyPro is 3 years old (!) I’ve gotten a lot of great feedback on how to make it truly the best map plugin available for WordPress. This means listening to my customers and implementing the most requested features. With Mapifypro 3.0, our development team has done exactly that: from minor streamlining, to fully-fledged—dare we say game changing—features. Here is a list of the most exciting stuff you’re gonna find:

1. An all new engine

This is big. The bulk of our time and efforts have been spent forgoing the powers at Google Maps and building upon an all new mapping engine. MapifyPro is now completely free of the powers of Google. While this may worry some that are stuck on using Google Maps, rest assured that our maps are EQUALLY as powerful and in some cases go beyond the features capable with Google Maps. Most won’t be able to tell the difference. In truth, Google has gotten a bit out of control. It started last year when they required an API key for every instance of their Google Maps API. This goes for every single Google Maps plugin, and is essentially a tracking software used solely to convert users to their paid programs. This goes against our core philosophy and pursuit of total control over your maps. Well, we’ve finally arrived: No more Google logos, no more terms of use forced upon you, no more location limitations (there are a lot), no more location limits for PrettyRoutes, no more tracking, and NO MORE BROWSER KEYS!

2. An all new design

Yep, this deserves to be repeated. The new Mapifypro just looks awesome. We’ve fully overhauled the mapping interface, popups, and every other aspect of the front end design.

As features have been added, the admin of previous versions had admittedly become cumbersome. With MapifyPro 3.0, we’ve fully revamped the admin to make organizing your maps as simple and intuitive as possible. It’s cleaner, re-organized, and has all of the features, old and new, laid out to promote ease of use.

You can now highlight your location on the front-end map. Useful for too many things to list here, and easily our most-requested feature. Simply tap the “Use my location” icon, and your visitors can see their exact location directly on the map. 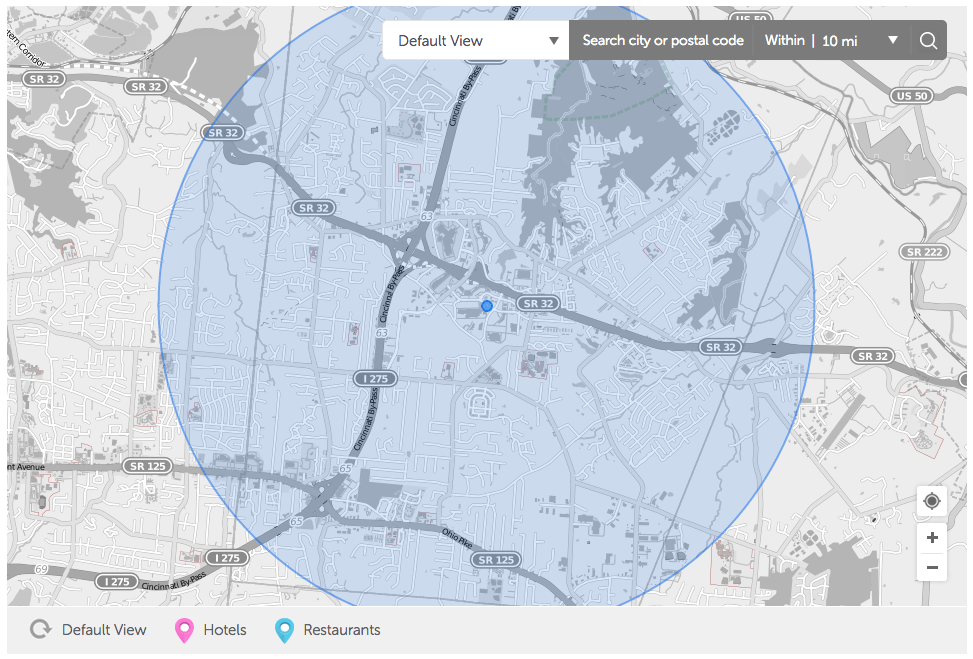 This is a fun one: You can now add a default thumbnail to your tooltips, and align the image to be on top or to the left of the tooltip text. It adds a great visual element to every location. 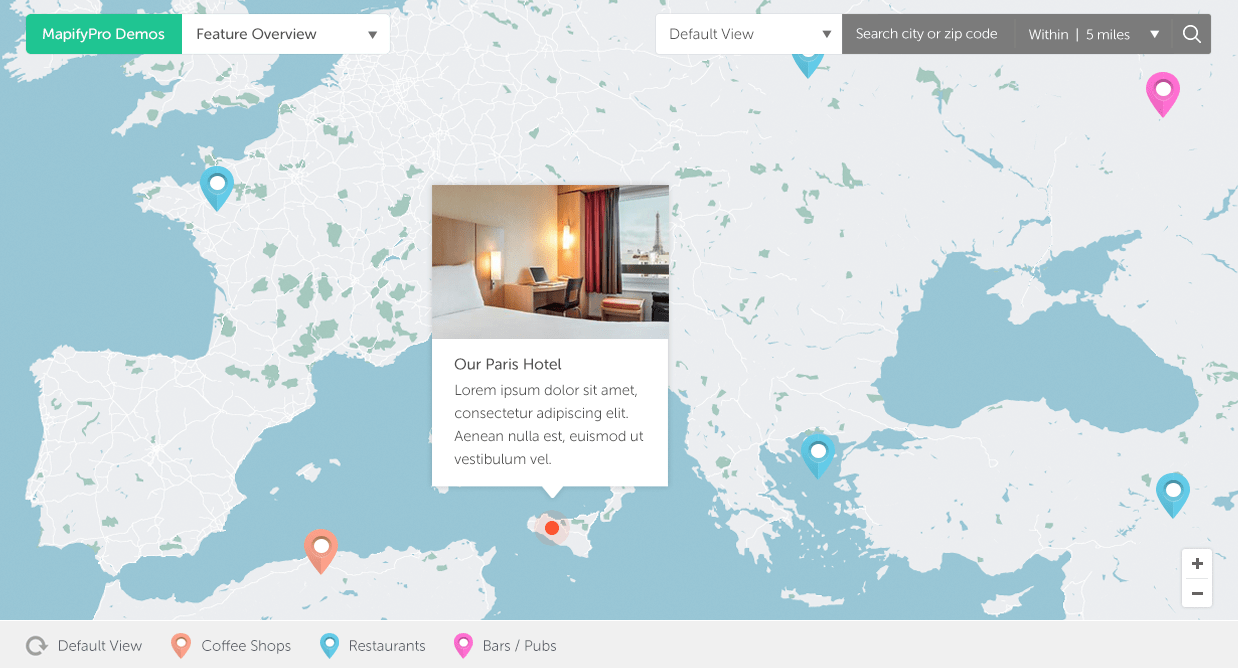 As mentioned, we’ve redesigned everything. This includes a much more sleek design of the pop-ups, and a design that lends itself much better to mobile and tablet devices through optimized touch controls. And dang it they just look good. 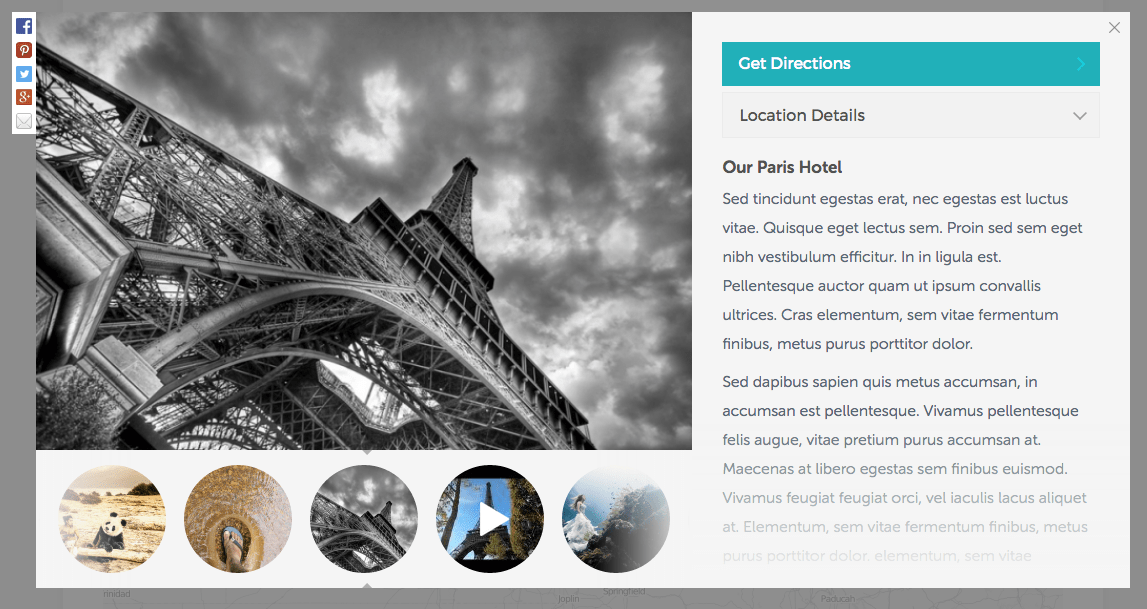 8. Fully updated add-ons: With this big of an update, it also meant updating our add-ons. We’ll create separate articles for each, but let’s just say that they’re all equally impressive, with their own new features, designs, and updates.

Are you ready to upgrade?

If you’re an existing customer, you may be wondering if you’re safe to upgrade to the new version. This amounts to a pretty definitive “YEP!”. Though we use different tech in 3.0, we have taken crucial steps to ensure that it is a seamless transition. The only items that you’ll need to pay mind to are the new features. They are set to “off” by default, so if you want to enjoy them in your current maps, you’ll only need to adjust those specific items.

We thought this section would be longer, but honestly that’s it. It’ll be an easy transition. Woo hoo!

So…When will it launch?

Mapifypro 3.0 is in the final testing phase and is set to launch in early September!

My team and I want to pass our thanks along to the customers who helped us in creating this amazing and enormous update. It’s through your constant feedback that MapifyPro now has nearly 10,000 active users!  We couldn’t do it without you.

So, keep an eye on this space and get ready for the big change. It’s going to be incredible.

What is the function of the Power Over Text feature?

What are the admin changes on MapifyPro 3?

With MapifyPro 3.0, we’ve fully revamped the admin to make organizing your maps as simple and intuitive as possible. It’s cleaner, re-organized, and has all of the features, old and new, laid out to promote ease of use.

When will it launch?

Mapifypro 3.0 is in the final testing phase and is set to launch in early September!

Older Articles
Newer Articles
Scroll to Top
Manage Cookie Consent
To provide the best experiences, we use technologies like cookies to store and/or access device information. Consenting to these technologies will allow us to process data such as browsing behavior or unique IDs on this site. Not consenting or withdrawing consent, may adversely affect certain features and functions.
Manage options Manage services Manage vendors Read more about these purposes
View preferences
{title} {title} {title}