The Value of MapifyPro

by Josh Sears on March 21st, 2019 under Uncategorized

You may have noticed that late last year we switched to a monthly pricing model for the MapifyPro store locator for WordPress. After doing so, we understandably received questions on why we decided to do so. After all, many customers are accustomed to plugins sold on marketplaces like CodeCanyon, where plugins are typically sold for a one-off cost as low as $5.

The short answer to this is that MapifyPro outgrew that model quite some time ago. Though there are some great plugins on CodeCanyon (we even have a few up there), for the most part it boils down to the fact that it is essentially filled with buggy, unmaintained, and simplified plugins that don’t hold a candle to the capabilities of MapifyPro.

MapifyPro, the software itself, has cost over $25,000 to develop, and that doesn’t even consider the Shopify version. That means if you wanted to hire a development team to build the exact same map plugin for WordPress, then you’d have to invest at least that amount, and that doesn’t count for the prototyping and design, which I took care of myself. At $19 per month, it would take you over 1300 months (109 years) to reach that cost.

In truth, we’ve priced our new model to be one of the most reasonable investments you can find when comparing to competitors. Of course each software bears distinctions, but for the most part the features are similar across the board and, if we’re being honest, none have as many features as MapifyPro, and all of them lock away features behind higher tier pay walls. Let’s have a look at a few competitors:

Storemapper: $19/month for the cheapest plan, which is very limiting in locations, AND site traffic. That’s a lot to monitor, and to unlock it you’ll be paying $59 a month. With Mapifypro we don’t mess with limitations: you simply get unlimited functionality for one low price. 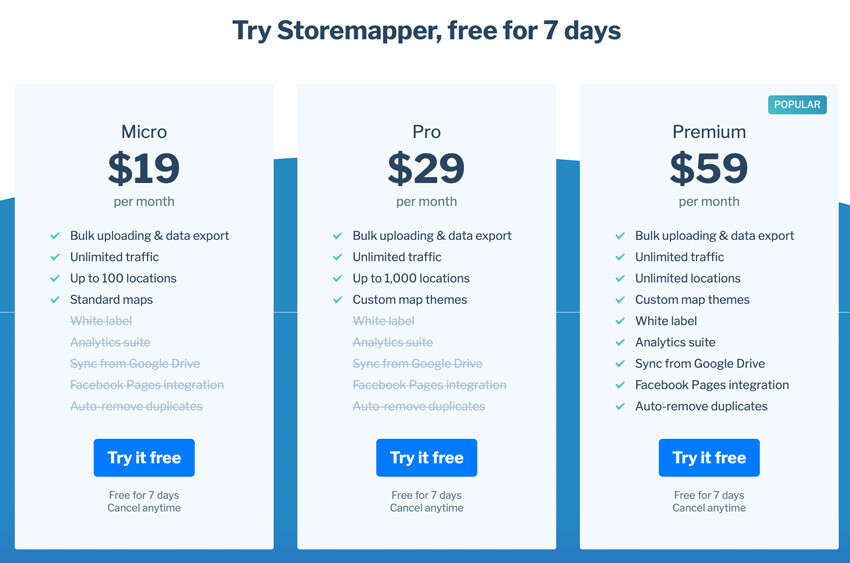 StorePoint.Co: StorePoint bumps up to $25 for the minimum usage, and unlocks the full features at $69/month, and these are their sale prices. 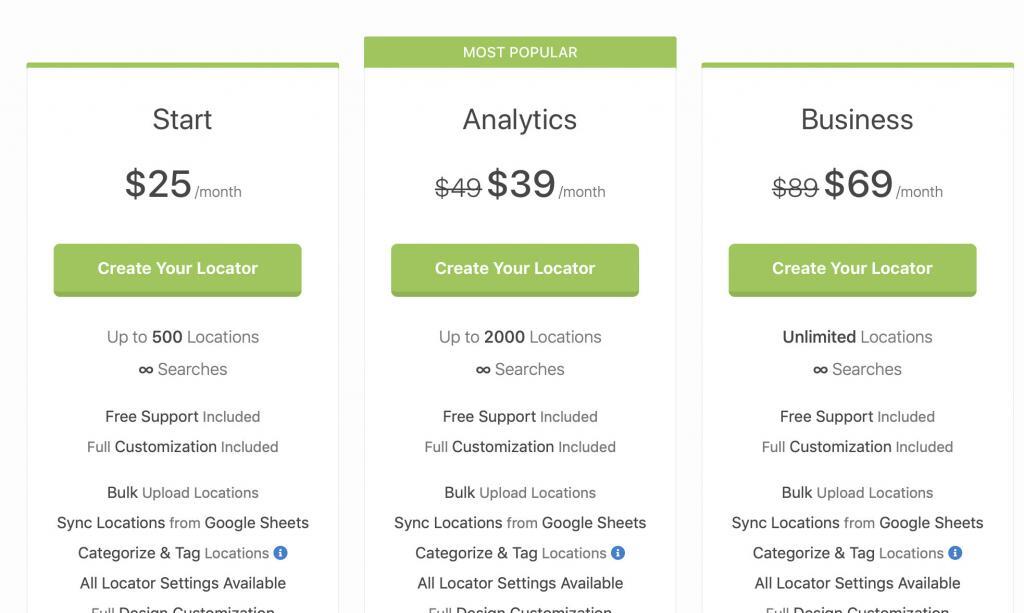 StoreLocatorWidgets: Also similar to the previous 2 examples, with the very basic and limiting plan at $19/month, and full access at a blistering $199 per month!

With some Googling, you’ll see that this is a common model, and also see that MapifyPro is actually one of the most feature-rich solutions out there, with zero limitations, and more features than the competition. Even more important, it allows us to engage with customers more, add requested features, and provide the ultimate support scenario with our new team of support agents, who we are actively interviewing at the time of publishing this article.

For these reasons, and those shared by current customers, we hope you see the value and how MapifyPro is the best store locator plugin for WordPress.

Scroll to Top
Manage Cookie Consent
To provide the best experiences, we use technologies like cookies to store and/or access device information. Consenting to these technologies will allow us to process data such as browsing behavior or unique IDs on this site. Not consenting or withdrawing consent, may adversely affect certain features and functions.
Manage options Manage services Manage vendors Read more about these purposes
View preferences
{title} {title} {title}